Formerly part of the premises of the Belgian Embassy, a change in policy since January 2012 now demanded the trade missions to be independent of the diplomatic mission.One of these offices is for the Flanders Investment and Trade organisation, FIT.

Though still on the same floor as the Embassy, entrance, organisation and security now operates seperately. In general, the same materials as in the Embassy are used, such as the bamboo floor. Wall colours and decorations are customised. Gross floor area 100m2. Completed October 2012. 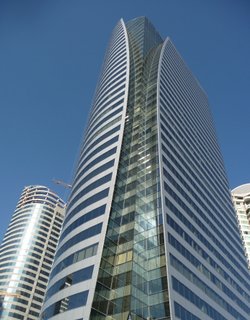